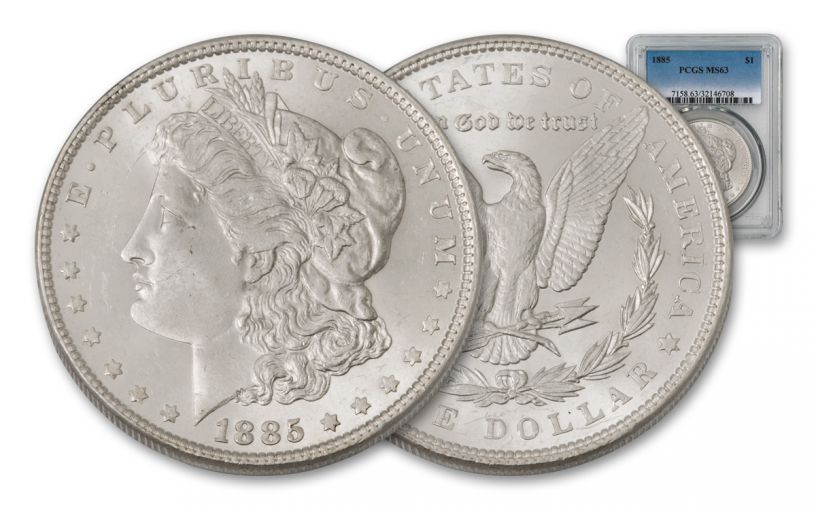 Availability: In Stock
This item will ship within 2 business days.
Item #
340330
Review this product
Add to Wish List Add to Wish List Wishlist is for registered customers. Please login or create an account to continue. Add to Compare
Complete your collection with one of these:
Product Description

First struck in 1878, the Morgan Silver Dollar was one of the workhorse coins of the American Wild West. Struck in 90% silver, they’re believed to be the most widely collected and coveted Silver Dollar in U.S. history – perhaps in part because their numbers were dramatically slashed by the Pittman Act of 1918, which called for millions of Morgans to be melted. It’s believed that as few as 15% of all Morgans still exist, but now you can this 1885-P Morgan Silver Dollar struck at the Philadelphia Mint. It’s a great way to add key early-date Morgan Silver Dollar from the “Mother Mint” to your collection. Plus, it will come certified and graded by either the Professional Coin Grading Service (PCGS) or the Numismatic Guaranty Corporation (NGC) as being in Mint State-63 (MS63) condition! Grading service varies.