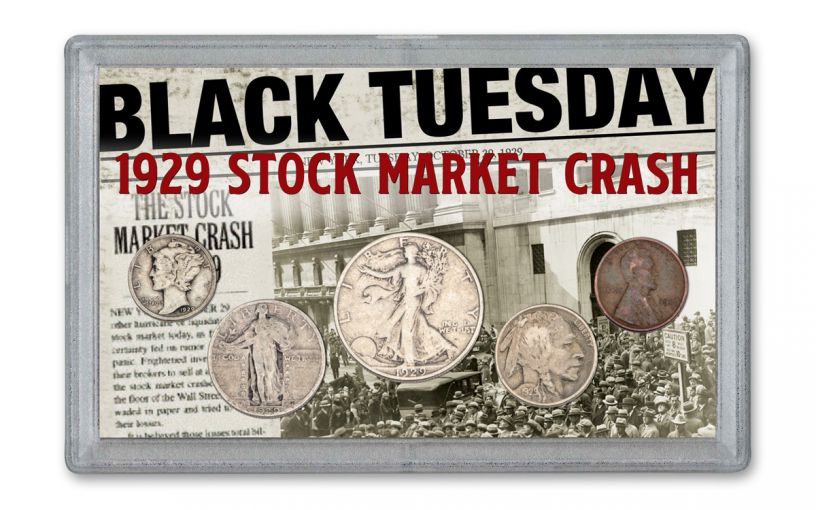 Availability: In Stock
This item will ship within 2 business days.
Item #
345291
Add to Wish List Add to Wish List Wishlist is for registered customers. Please login or create an account to continue. Add to Compare

1929 was a hard year for the United States. Starting on October 24 (“Black Thursday”) and continuing through October 29 (“Black Tuesday”) stock prices collapsed, sending the nation spiraling into the Great Depression – and sending Americans scrambling to hoard as many of these circulating coins as possible. This 5-piece set brings together the 1929 dates of the Lincoln Cent, Buffalo Nickel, Mercury Dime, Standing Liberty Quarter and Walking Liberty Half Dollar. Most of these coins would see their production halted in the early 1930s, making this the last year a full five-coin set of circulating coins can be assembled prior to 1934. Available here in Very Good (VG) condition, this important historical set comes housed and protected in a clear holder with custom insert.

The last possible set of five circulated coins before the Great Depression are a rarity but GovMint has done the hard work for you! Now you don’t have to go searching for a full collection, simply hop on to GovMint.com and get the coins that kept America alive for some of its harshest years!