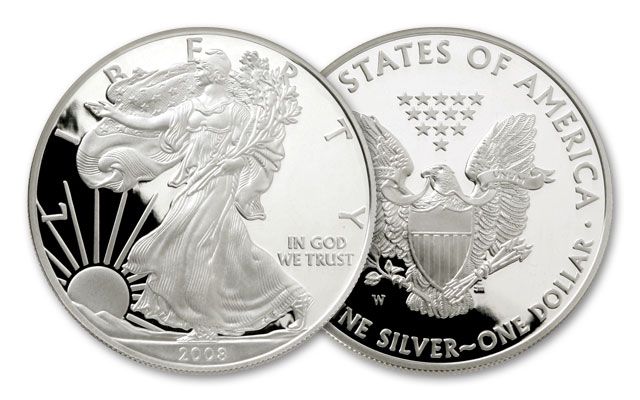 Availability: Out of Stock
Discontinued Product
Item #
227573
Add to Wish List Add to Wish List Wishlist is for registered customers. Please login or create an account to continue. Add to Compare
Product Description

America’s finest silver is displayed in all its glory with the 2008 American Eagle Silver Dollar. Every year savvy buyers stash these away. Each is struck to stunning Proof condition in one ounce of 99.9% fine silver. Grading service varies.

As in previous years, the U.S. Mint produced an uncirculated version, the 2008-W Silver Eagle. But production of the uncirculated coin and 2008 Proof Silver Eagle were halted during the year due to a shortage of silver blanks.