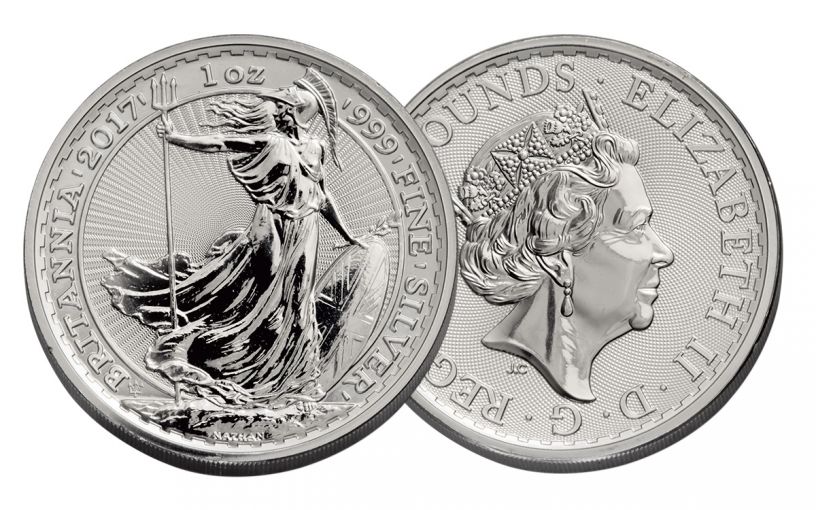 Availability: Out of Stock
This item is currently Out of Stock. Please sign up to be notified if this product becomes available.
Item #
308688
Add to Wish List Add to Wish List Wishlist is for registered customers. Please login or create an account to continue. Add to Compare
Product Description

A Special Privy Mark Rings in 20 Glorious Years of the Silver Britannia!

In the mid-1980s, bullion coins were breaking out. With a world of collectors and investors diving into precious metals, mints around the globe wanted to be part of the frenzy. In years prior, the South African Krugerrand was joined by the Canadian Maple Leaf and the China Panda. When the United States Eagle and Australian Nugget were launched in 1986, the time was right for the United Kingdom to introduce their own stunning bullion masterpiece. Featuring the personification of Britain that has endured for nearly two millennia, the Philip Nathan-designed Gold Britannia set sail in 1987, creating an instant worldwide sensation. A decade later, demand for a silver edition was met with the launch of the Silver Britannia in 1997. Now, you can be a part of the 20th anniversary celebration of this numismatic classic with a coin that mixes the tried and true with the completely new!

"The Nation of Great Britain in Female Form" with Brilliant New Features!

Minted in one ounce of 99.9% pure silver, the 2017 20th Anniversary Silver Britannia greets you immediately with a familiar figure. Philip Nathan's acclaimed creation still stands tall against the wind with her trident, crowned with her Corinthian helmet and guarding her shield and olive branch. However, there are two additional features that surround this instantly recognizable symbol. First, 2017 marks the introduction of a burst of radial lines behind Britannia, providing both textural contrast and clever counterfeit protection. In addition, a special 20th anniversary trident fork near Britannia's feet serves as the edition's exclusive privy mark. Jody Clark's portrait of Her Majesty Queen Elizabeth II graces the other side of the coin against a stunning (and forgery-foiling) guilloche field -- another new feature for 2017's Britannias.

A Limited Mintage, an Unmissable Opportunity for Your Collection!

Featuring a legal tender value of two Pounds Sterling, your 2017 1-oz Silver 20th Anniversary Britannia will arrive to you in Brilliant Uncirculated (BU) condition, encased in a protective acrylic capsule. As a trusted authorized distributor of the Royal Mint's coins, you can be assured that your Britannia will arrive to you in the exact condition it had when it left the mint's headquarters in Llantrisant, South Wales. There is a set maximum mintage of 120,000 coins, which is already seeing demand from inside and outside the British Isles. Don't wait too long to bring home this celebration of a national treasure. Make one yours today!