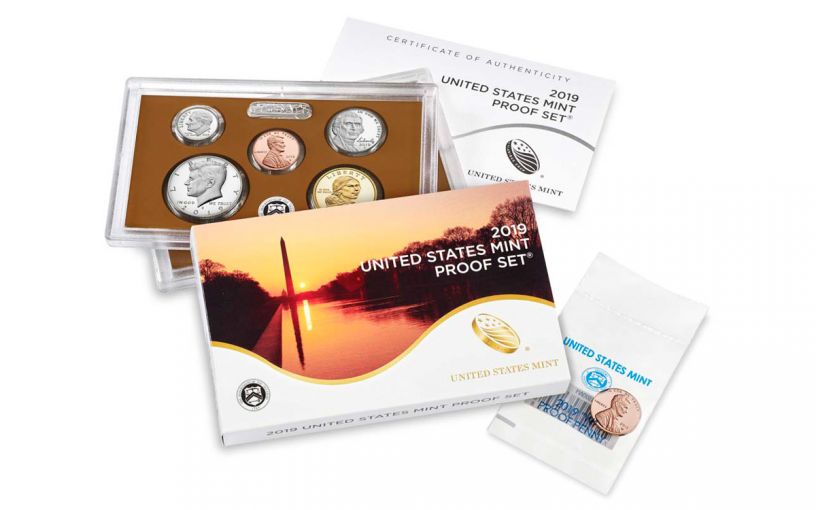 Availability: In Stock
This item will ship within 2 business days.
Item #
347821
Add to Wish List Add to Wish List Wishlist is for registered customers. Please login or create an account to continue. Add to Compare

Every day, Americans exchange billions of dollars in small transactions, buying everything from lunch to newspapers with small coins that range in value from one cent to $1. The transactions are so much a part of people’s routines that they typically take for granted the coins used as mediums of exchange. This is unfortunate given the stunning artistry that goes into American currency, even in the smallest values. This 2019 U.S. Proof Set gives collectors the chance to appreciate this artistry just as it was intended on coins with stunning proof finishes.