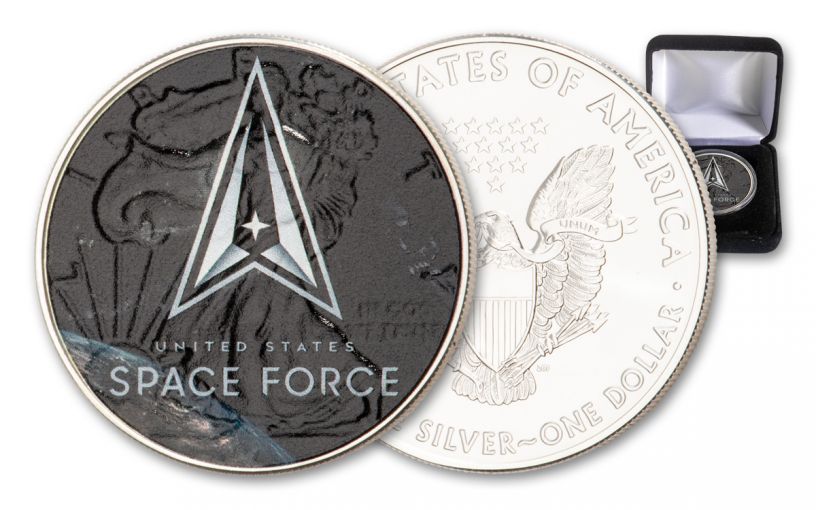 Availability: In Stock
This item will ship within 2 business days.
Item #
365657
Add to Wish List Add to Wish List Wishlist is for registered customers. Please login or create an account to continue. Add to Compare

Officially licensed by their respective U.S. military branch, these coins make the perfect gift for any veteran or military collector. In this offer you can secure a colorized Tribute Silver Eagle that honors the U.S. Space Force. The newest service branch of the U.S. military, America’s Space Force was established as an independent military branch within the Department of the Air Force on December 20, 2019 with the signing of the United States Space Force Act. The first new military service in more than 70 years, following the establishment of the U.S. Air Force in 1947, the U.S. Space Force is tasked with conducting missions and operations in the rapidly evolving domain of space.

The motto of the United States Space Force is Semper Supra (Always Above). Keep that descriptive motto close to your heart by adding this special U.S. Armed Forces Space Force Colorized Silver Eagle to your collection.