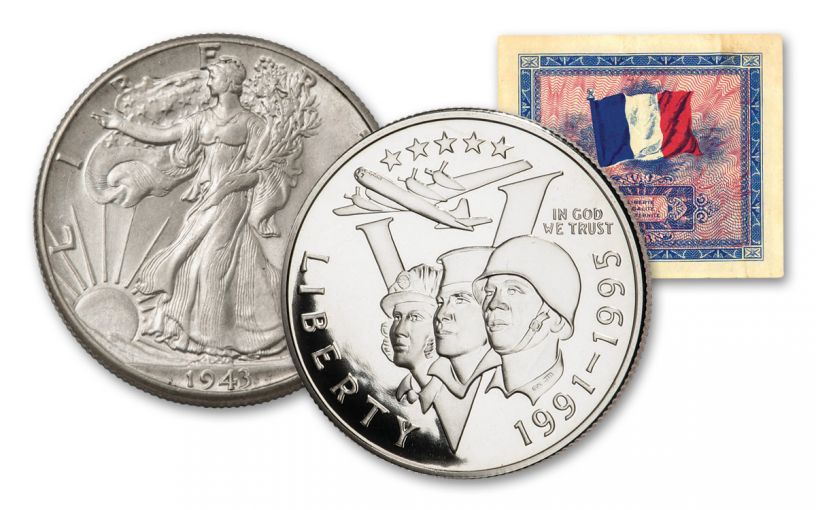 Availability: In Stock
This item will ship within 2 business days.
Item #
366282
Add to Wish List Add to Wish List Wishlist is for registered customers. Please login or create an account to continue. Add to Compare

75 years ago, bells rang out around the world to announce that peace had finally come — the Second World War had come to an end. This two-coin set brings together a pair of U.S. Half Dollars.

Along with these two coins you’ll also receive an authentic 1944 Allied Military Currency (AMC) note, issued to soldiers fighting overseas during the war! Celebrate the 75th anniversary of the end of World War II with this terrific set.