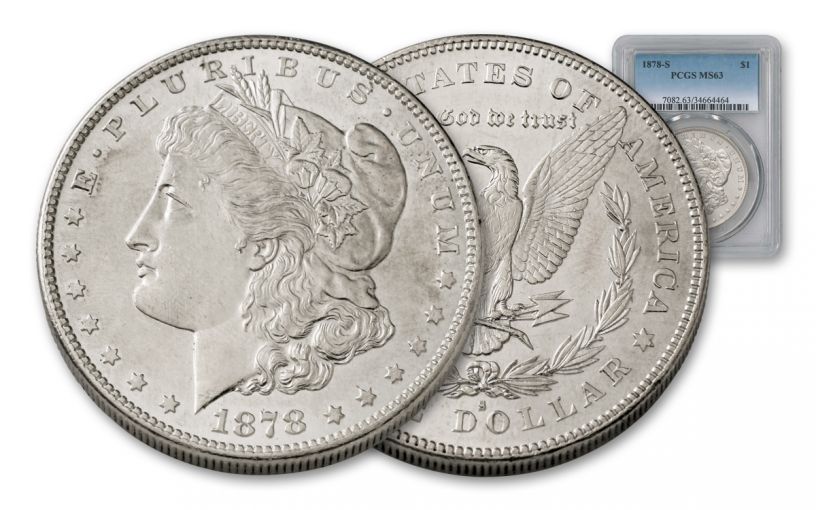 Availability: Out of Stock
This item is currently Out of Stock. Please sign up to be notified if this product becomes available.
Item #
257474

In the days of the Wild West, the silver dollar was king. These hefty, 90% fine silver coins circulated heavily throughout California, especially after the San Francisco Mint opened its doors and began striking what many consider to be the finest Morgan Silver Dollars struck by any mint. Collectors often seek out coins with the “S” mint mark for their sharp strikes, and every collector covets the first of any series.

These 1878-S Morgans are the first of their kind to bear the “S” mint mark of the San Francisco Mint. Struck more than 140 years ago, they’ve also been incredibly well preserved. You can secure one of these coins certified and graded by either the Numismatic Guaranty Corporation (NGC) or the Professional Coin Grading Service (PCGS) to be in Choice Uncirculated Mint State-63 (MS63) condition. Look elsewhere and you’ll find these same coins sold for as much as $195. Order now and save! Coin grading service varies.