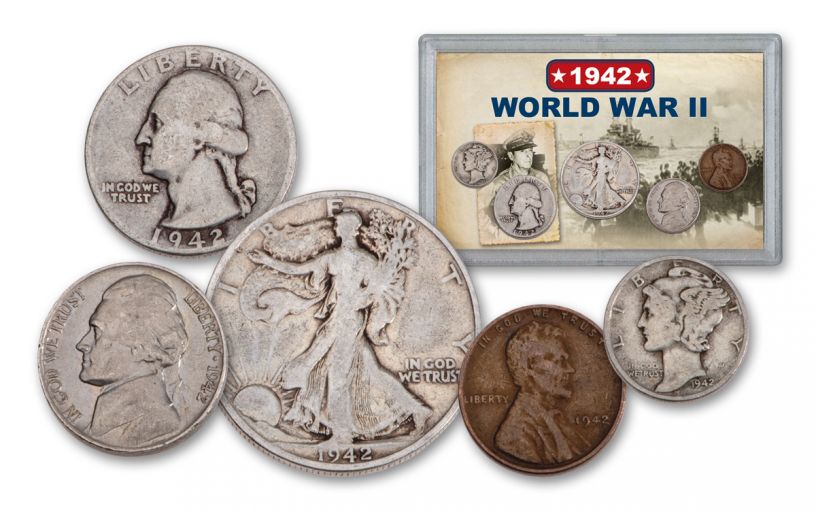 Availability: In Stock
This item will ship within 2 business days.
Item #
339648
Review this product
Add to Wish List Add to Wish List Wishlist is for registered customers. Please login or create an account to continue. Add to Compare
Related Articles
Product Description

This five-piece set of coins was struck during the second year of America’s involvement in World War II. Unprepared for war, the United States began mobilizing in 1942 even as undermanned American forces blunted the Japanese on Midway Island. From then on America was on the offensive. This set captures this pivotal war year.