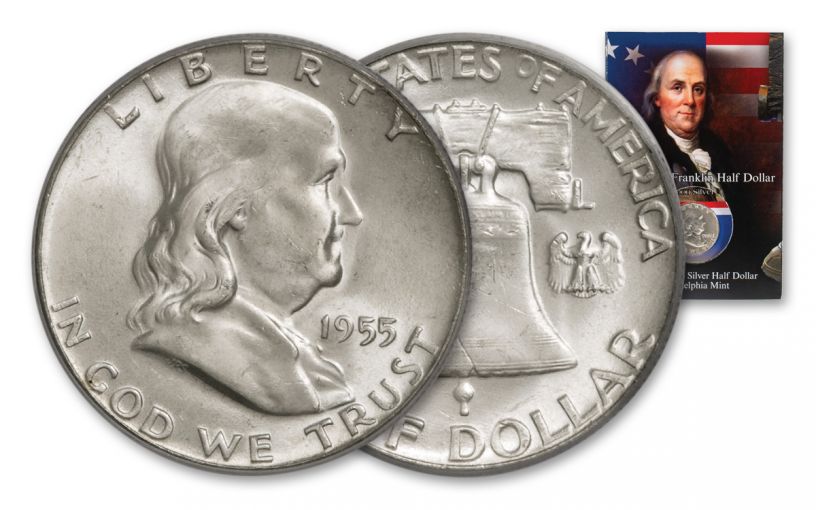 Availability: In Stock
This item will ship within 2 business days.
Item #
353350
Add to Wish List Add to Wish List Wishlist is for registered customers. Please login or create an account to continue. Add to Compare

Struck in 90% fine U.S. silver, the 1955 Franklin Half Dollar is the lowest mintage coin of this short-lived series. Less than 2.5 million were struck by the U.S. Mint in 1955, and they were only struck in one location – the Philadelphia Mint. In the end, the series ran for only 16 years of production, coming to a halt when President John F. Kennedy was assassinated in 1963. The following year, the Kennedy Half Dollar took over, making the Franklin Half Dollar one of the shortest-lived series of the 20th century. A key coin for any collection, each arrives in an acrylic presentation holder with a certificate of authenticity.

The Franklin Half Dollar was the first circulation coin in the United States to depict a real historical figure that was not a U.S. President. Don’t miss your chance to get a key-date coin from this short-lived groundbreaking series. Add the 1955 Silver Franklin Half Dollar to your collection today!