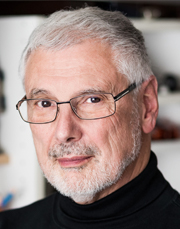 When John M. Mercanti retired as the 12th Chief Engraver of the U.S. Mint, he had accomplished one of the most storied careers in the Mint’s history. He had served as an engraver –sculptor for 37 years. The only engravers to serve longer were George T. Morgan at 48 years, William Barber at 47 years and Frank Gasparro at 39 years. Mercanti also designed, sculpted or engraved over 100 coin and medal designs, more than any other designer in the history of the U.S. Mint.

Mr. Mercanti’s U.S. Mint career began in 1974 in the pre-digital age when everything was done by hand and finished at the Mint in 2010 when most of the design work was done with the aid of digital technology.

Perhaps Mercanti’s most notable design is the reverse for the American Silver Eagle series-the premier coin released by the U.S mint every year in a variety of finishes since the series’ inception in 1986. This proud Heraldic Eagle is depicted with wings spread, holding arrows and an olive branch. Overhead, there is an inverted triangular field of thirteen stars. This powerful image has been reproduced millions of times each year since 1986.

Another notable and easily found design from Mr. Mercanti is the obverse of the American Platinum Eagle series. This image is reproduced on both the bullion and numismatic versions of the coin. The design is a close up representation of the face of the statue of Liberty.

Mr. Mercanti retired from the Mint in 2010. His role as Chief Engraver remained empty until February of 2019 when Joe Menna was named. After his retirement John Mercanti remains active and involved in numismatics and coin designs.

In 2014, Mr. Mercanti became the first former U.S. Mint Chief Engraver to collaborate with a foreign mint in the design of a coin series. The Perth Mint’s incredibly popular Australian Wedge-Tailed Eagle series features new reverse designs depicting Australia’s largest bird of prey. The series is struck in gold and silver, in a variety of sizes and in bullion and proof finishes.

Mr. Mercanti has also collaborated with the Saint-Gaudens National Historic Park site and completed some highly sought after limited edition medals from the original Saint-Gaudens plasters.

Both Numismatic Guaranty Corporation (NGC) and Professional Coin Grading Service (PCGS) have collector labels featuring the hand signature of Mr. Mercanti. These labels have proven popular with collectors as they have been eager to have an authentic hand autograph from someone who will undoubtedly occupy an honored place in the history of numismatics, with a stature like other former U.S. Mint Chief Engravers James B. Longacre, Robert Scot or George T. Morgan.

Mr. Mercanti’s place in the field of numismatic design is undeniable. His work will live on for centuries.