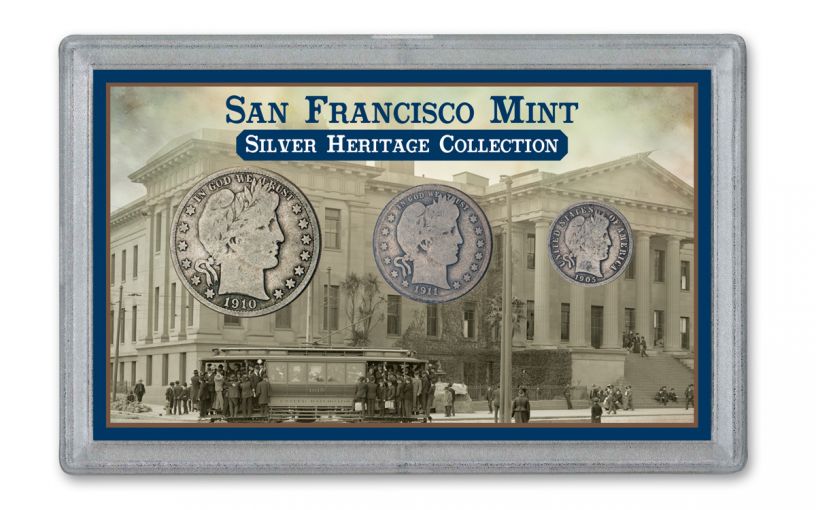 Availability: In Stock
This item will ship within 2 business days.
Item #
355073
Add to Wish List Add to Wish List Wishlist is for registered customers. Please login or create an account to continue. Add to Compare

Few mints are as celebrated for their fine strikes and brilliant luster as the San Francisco Mint. But in some cases, they’re also known for their limited mintages. Take, for example, this 3-coin set of Seated Liberty “Barbers,” featuring the Barber Dime, Barber Quarter and Barber Half Dollar. During their era, four mints struck these coins – Denver, San Francisco, New Orleans and Philadelphia.

The San Francisco Mint struck just 11% of the dimes, 8% of the quarters and just 27% of the Half Dollars. With this set, you get one of each coin struck at the San Francisco Mint between 1892 and 1915. Dates vary, and each coin will be in Good condition and the entire set will come housed in a custom insert card and clear holder. It’s a fantastic celebration of one of America’s finest mints!

This Silver Heritage Collection reflects the rich history of the San Francisco Mint with a complete set of silver Barber coins – the last U.S. coin series to have the same design on the dime, quarter and half dollar. Order yours today!