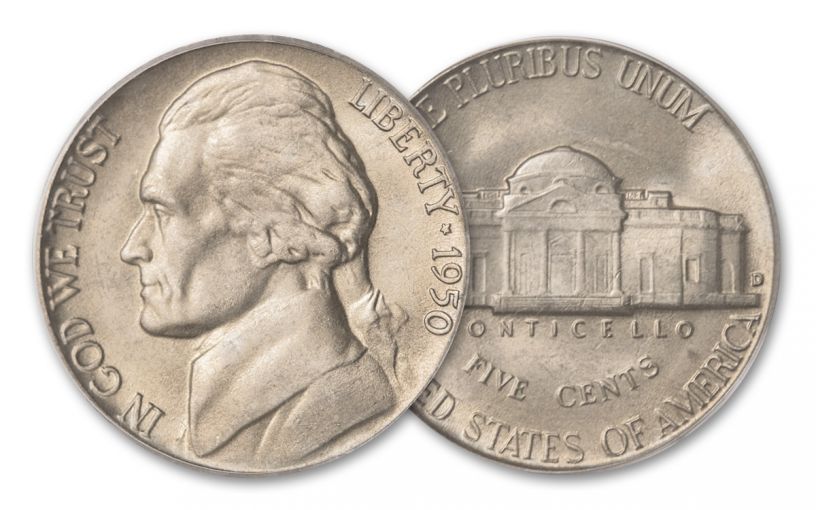 Availability: In Stock
This item will ship within 2 business days.
Item #
245448
Add to Wish List Add to Wish List Wishlist is for registered customers. Please login or create an account to continue. Add to Compare

Each year, the United States Mint usually strikes somewhere between 10 million and 100 million Jefferson Nickels. But in 1950, only 2.6 million were struck! Collectors of the day quickly noticed the smaller mintage, and started hoarding the freshly struck coins. Prices on the secondary market steadily rose to the point where a full roll of 1950 Denver Jefferson Nickels, purchased from the U.S. Mint for just $2, was worth an incredible $1,000!

Luckily, prices have since fallen as hoards are revealed and are made available to the collecting public. As a result, you now have the opportunity to add one of these coins to your collection for a great price, and in Brilliant Uncirculated (BU) condition as well -- quite impressive for a 1950 nickel! Complete your set and order yours today!