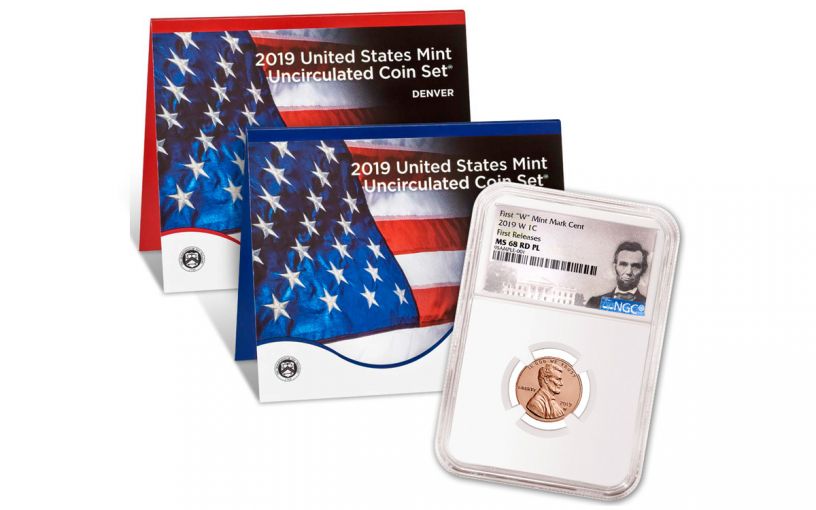 Availability: In Stock
This item will ship within 2 business days.
Item #
350276
Review this product
Add to Wish List Add to Wish List Wishlist is for registered customers. Please login or create an account to continue. Add to Compare
Complete your collection with one of these:
Product Description

2019 Marks the 110th anniversary of the Lincoln Penny. First issued to mark the centennial anniversary of President Abraham Lincoln’s birth it was an instant success. The Lincoln Penny is now the longest-running design in United States Mint history! To pay tribute to the popular little coin, the United States Mint is releasing its 2019 Mint Set Sets with an additional “bonus” coin: the first-ever Lincoln Cent struck at the West Point Mint!

The 2019 U.S. Mint Uncirculated Coin Set consists of two folders of 10 coins each – one from the U.S. Mint at Philadelphia and the other from the U.S. Mint at Denver. Each folder contains the U.S. Mint’s 2019-dated coins, including the Native American $1 Coin featuring a new one-year-only reverse design that pays tribute to American Indians in the Space Program, and all five coins from this year’s America the Beautiful Quarters program.