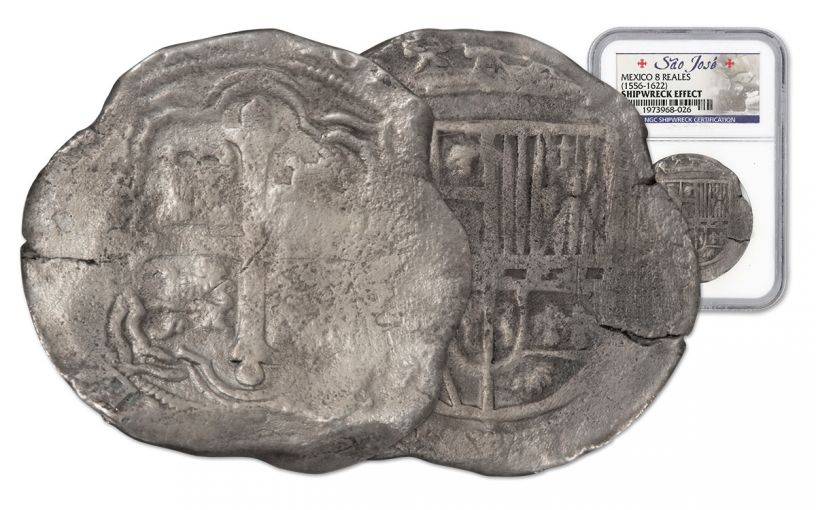 Availability: Out of Stock
Discontinued Product
Item #
246552
Add to Wish List Add to Wish List Wishlist is for registered customers. Please login or create an account to continue. Add to Compare

In 1622, the Sao Jose was part of a king's mission to transport royal treasure from Lisbon, Portugal to Goa, India -- the capital of Portugal's overseas empire. However, before they could arrive, the ship was attacked by English and Dutch ships. The battle lasted several days, but in the end, both the Sao Jose and the royal treasure were lost off the coast of Mozambique.

In 2005 -- 383 years after the Sao Jose was lost -- the ship was finally located. A team of divers, archaeologists and other experts excavated her remains, and now you can secure your very own piece of the king's treasure -- an 8 Reales coin recovered from the shipwreck! Your coin will come sonically-sealed in a protective holder, certified by Numismatic Guaranty Corporation (NGC) as an authentic shipwreck coin from the Sao Jose. Order yours now!