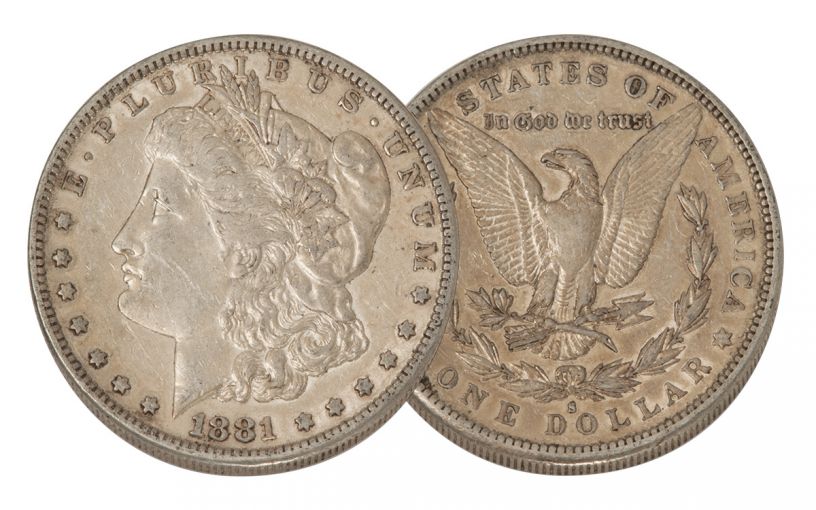 Availability: In Stock
This item will ship within 2 business days.
Item #
302531
Add to Wish List Add to Wish List Wishlist is for registered customers. Please login or create an account to continue. Add to Compare

When the very first Morgan Silver Dollars were released from the San Francisco Mint, folks were shocked at the stunning quality of the coins. Because silver dollars are so big and difficult to strike, often the details in the middle of the coins are lacking. But they were almost always sharp on Morgans from the San Francisco Mint. These 1881-S Morgans are no exception. They are almost universally recognized among aficionados as the highest quality Morgans struck anywhere and in any year. This example is circulated, but still retains much of its original detail. A real prize for every Morgan Silver Dollar enthusiast!