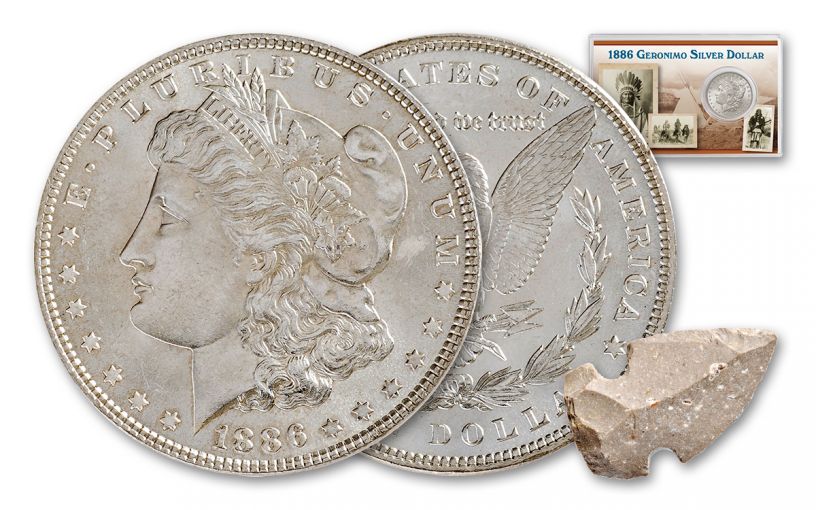 Availability: In Stock
This item will ship within 2 business days.
Item #
183505
Add to Wish List Add to Wish List Wishlist is for registered customers. Please login or create an account to continue. Add to Compare

Geronimo Is Legendary; so Is This Morgan Silver Dollar!

Geronimo is the most famous Native American in history. His daring exploits while escaping capture are also legendary. A special expedition was launched in 1886 to seize Geronimo, but after his capture, he became a celebrity. In his later years, he appeared at fairs and even rode in Teddy Roosevelt's inaugural parade in 1905! This 1886 Philadelphia Mint Morgan Silver Dollar was struck during the year of his surrender and is in Brilliant Uncirculated condition. Get this historic memento now, and we'll include a bonus stone arrowhead with each coin!