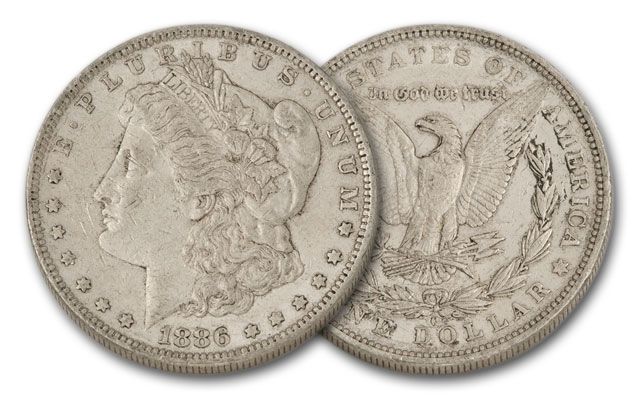 Availability: In Stock
This item will ship within 2 business days.
Item #
223730
Add to Wish List Add to Wish List Wishlist is for registered customers. Please login or create an account to continue. Add to Compare

Of all the Morgan Silver Dollars struck, those from New Orleans have the reputation of being available for collectors in high grades-as a result of the large numbers of Brilliant Uncirculated coins released by the Treasury in the 1960s. But the 1886-O Morgan is not one of those coins. Most dollars of this date were released into circulation and very few survive in high grades like this Extremely Fine (XF) example. Add this hard to find Morgan to your collection today!
Product Details
Related Articles
Applied promo