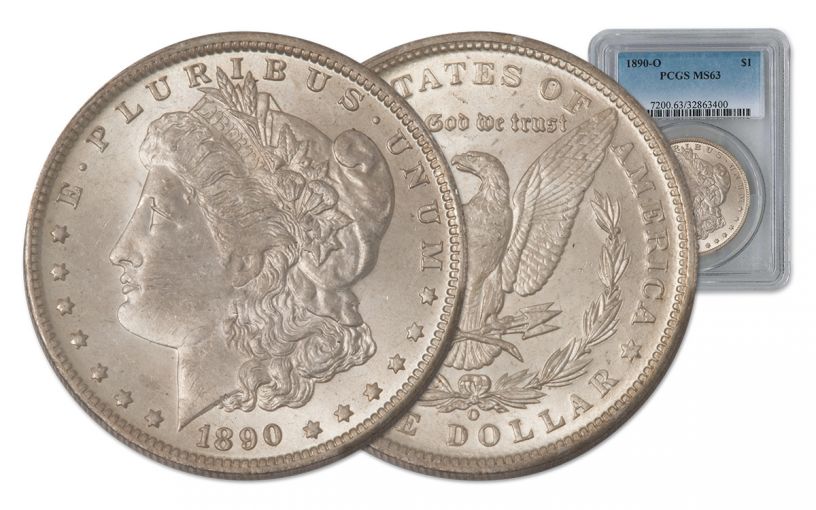 Availability: Available for Order
This item will ship 04/27/21
Item #
294960
CC Payments as low as
$124.50 / month
Add to Wish List Add to Wish List Wishlist is for registered customers. Please login or create an account to continue. Add to Compare

The Morgan Silver Dollar market has been exceptionally hot lately, making it tough to find a small hoard of any date. Luckily, we managed to track down these 1890-O Morgans, struck at the fabled New Orleans Mint. What’s more, these coins come certified by either the Numismatic Guaranty Corporation (NGC) or the Professional Coin Grading Service (PCGS) in Choice Uncirculated Mint State-63 (MS63) condition! Grading service varies.

According to current population reports, just 35% of existing 1890-O Morgans grade higher than MS63. That puts these coins on the higher quality end for this date and mint mark. Collectors are on the hunt for historic Morgan Silver Dollars, and the market continues to heat up. Don’t miss out on this chance to add one of these collector-grade Morgans to your collection.