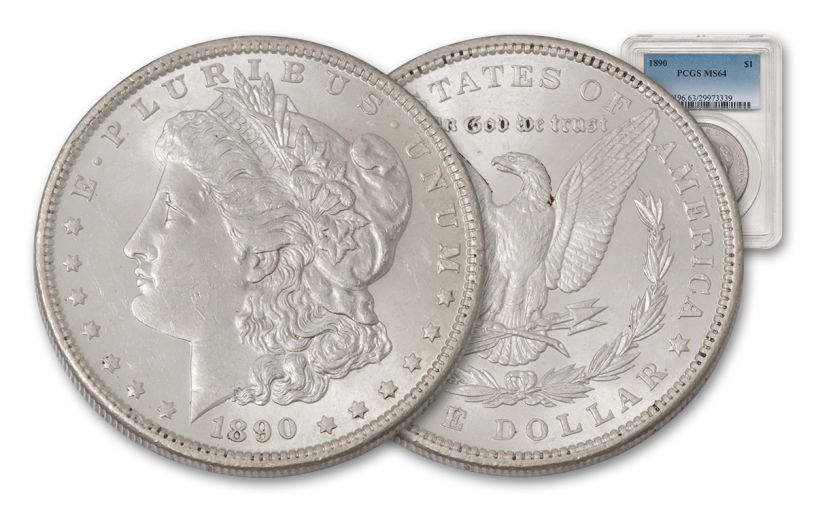 Availability: Out of Stock
This item is currently Out of Stock. Please sign up to be notified if this product becomes available.
Item #
294983
Add to Wish List Add to Wish List Wishlist is for registered customers. Please login or create an account to continue. Add to Compare

From the Mother Mint to the End of the Frontier!

The "Mother Mint" of United States coinage is the Philadelphia mint, first established in 1792 at the birth of American coinage. During its long and august existence, the Philadelphia mint has produced millions of coins that witnessed some of the most remarkable years in U.S. history. In 1890, however, one of the most notable events was what was ending -- namely, the American Frontier.

According to the U.S. Census Bureau, there was no longer a discernible frontier line to the west, or any significant tracts of land as yet unbroken by settlement. America had fully established itself, and the 1890 "Mother Mint" Morgan was there to see it happen. Designed by George T. Morgan, 7th Chief Engraver of the U.S. Mint, the obverse of this coin features an iconic image of Lady Liberty, her head circled by stars and accompanied by the inscriptions "LIBERTY," "E PLURIBUS UNUM" and the date 1890. On its reverse is featured an American eagle, wings outstretched, clutching an olive branch and arrows in its talons. Also inscribed on the reverse are the words "UNITED STATES OF AMERICA," "ONE DOLLAR," and the phrase "IN GOD WE TRUST" in archaic lettering. Professional Coin Grading Service (PCGS) has assigned this coin the grade MS64, indicating it is in mint, uncirculated condition with exceptionally few marks. Get yours today!