Warriors of Numismatics: A Fascinating Look into History

Many economists and historians could reasonably make the case that the history of the world is the history of money. From the debasement of currency in the Roman Empire to the rise of the ‘sound pound,’ money has played a central role in the rise and fall of countries throughout the world. It is little wonder, then, that those who are interested in coin collecting tend to have a deep interest in history.

Important as money has been to world history, its value and who holds it, have been largely determined in war. The Babylonians, the Japanese, the Russians, and countless other civilizations built themselves largely on the backs of those whom they conquered, while the likes of the Iroquois and the Spartans continue to be remembered long after their peaks thanks to their ferocity. 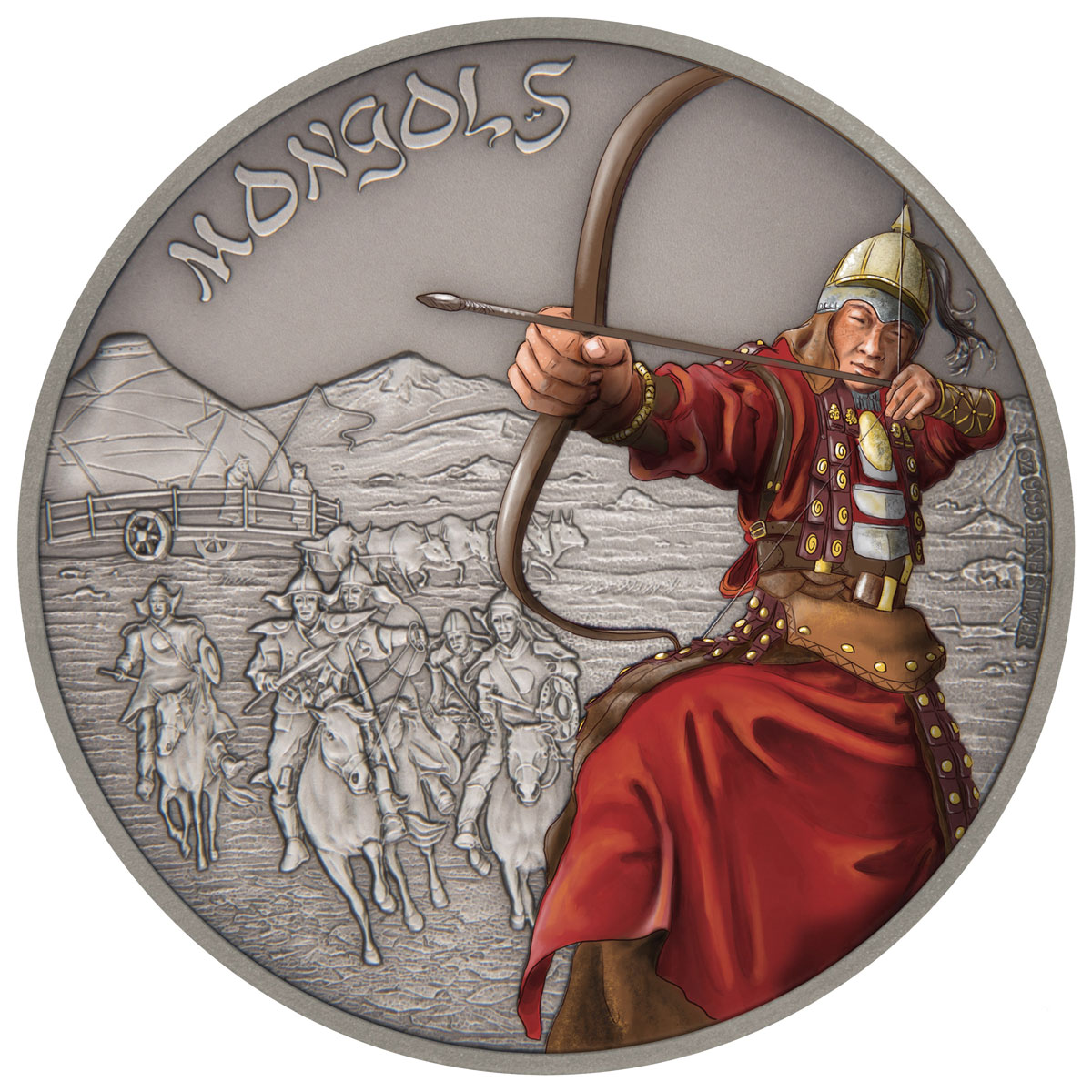 In recent years, some Mints have begun issuing coins that look back at some of history’s fiercest warriors. One of the leaders in this area is the New Zealand Mint, which released the Warriors of History collection. Issued for the small island nation of Niue, each coin was struck from 1 oz of .999 fine silver. Just 5,000 pieces of each release were struck.

Perhaps the most popular coin in the series was the Mongols. Despite having a force that was relatively small, the Mongols, under the leadership of Genghis Khan, built an empire that went from central Europe to the Sea of Japan. What they lacked in numbers the Mongols more than made up in skill and cunning. Their forces were among the best horsemen the world has ever known, and their archers could fire an arrow every ten seconds. They frequently deceived their enemies through sneak attacks, using dummies on horseback, and lighting strings of bonfires that made the armies appear larger than they were. The coin harking back to them features a colorized archer taking aim in the foreground against a backdrop of charging cavalry. Another popular coin in this series features the Ayyubid. Lesser known than some of the other warriors honored in this collection, the Ayyubid reign was relatively short, spanning parts of the 12th and 13th centuries. This Sunni Muslim Kurdish dynasty fought off the Crusaders from Europe. Perhaps their most notable accomplishment was the Siege of Jerusalem in 1187. The coin features a colorized swordsman in the foreground with forces charging into battle on horseback in the background. A mosque is visible in the distance. 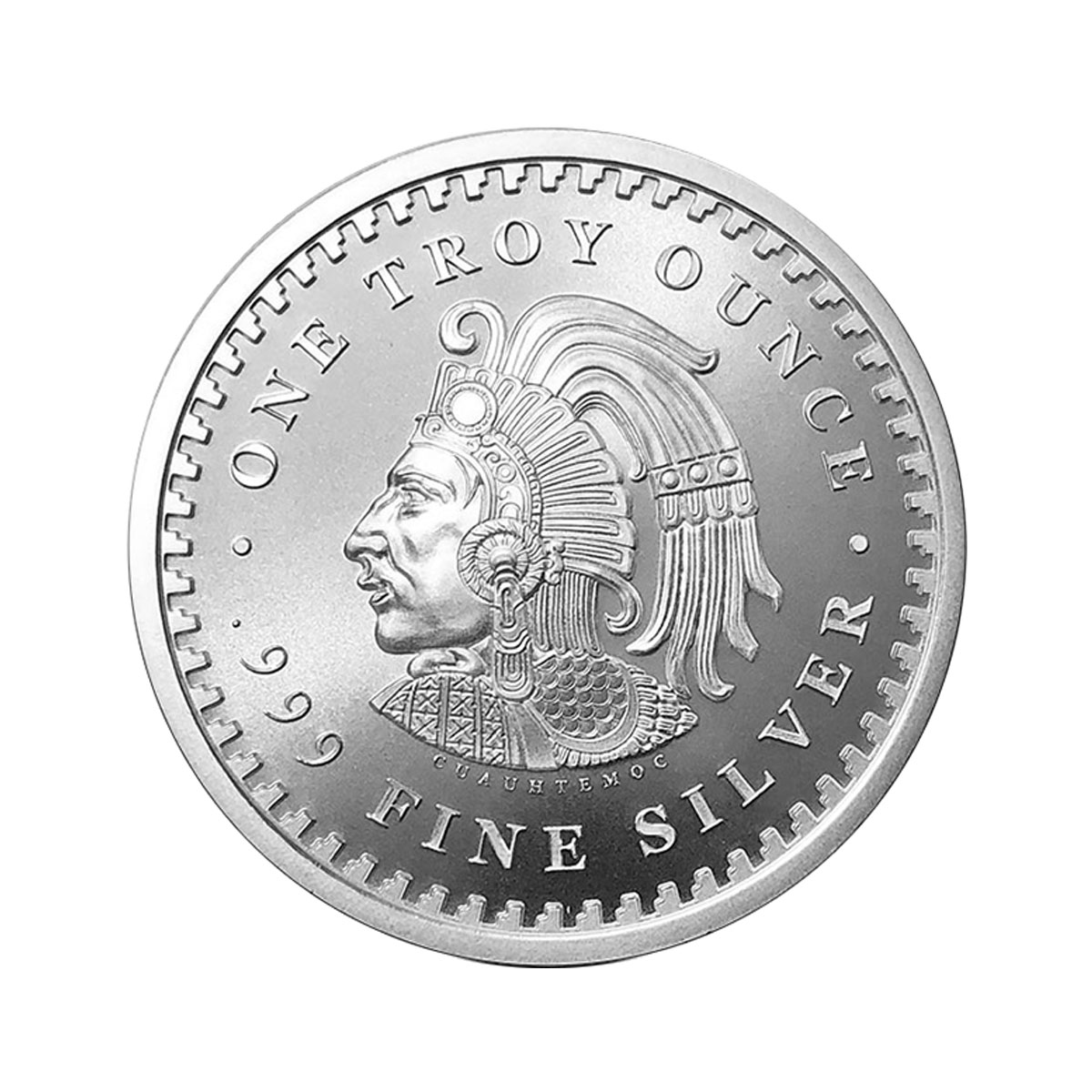 The New Zealand Mint is hardly alone in its honoring of ancient warriors. Last year, Golden State Mint released a new Aztec Calendar round. The calendar is on the reverse, while a left-side profile of Emperor Cuauhtémoc, Mexico’s last Aztec king, features on the obverse. The Aztecs flourished from the 14th century into the 16th century. Every male Aztec began basic military training at a young age. This was particularly important in the culture because the military was the only means of upward social mobility. Taking prisoners was considered particularly important – and difficult – as those captured would often be used as human sacrifices in Aztec rituals. So important were war and sacrifices to the Aztec culture that they engaged in “Flower Wars,” or small scale, arranged battles held to show off their military might and to capture enemy combatants to sacrifice. 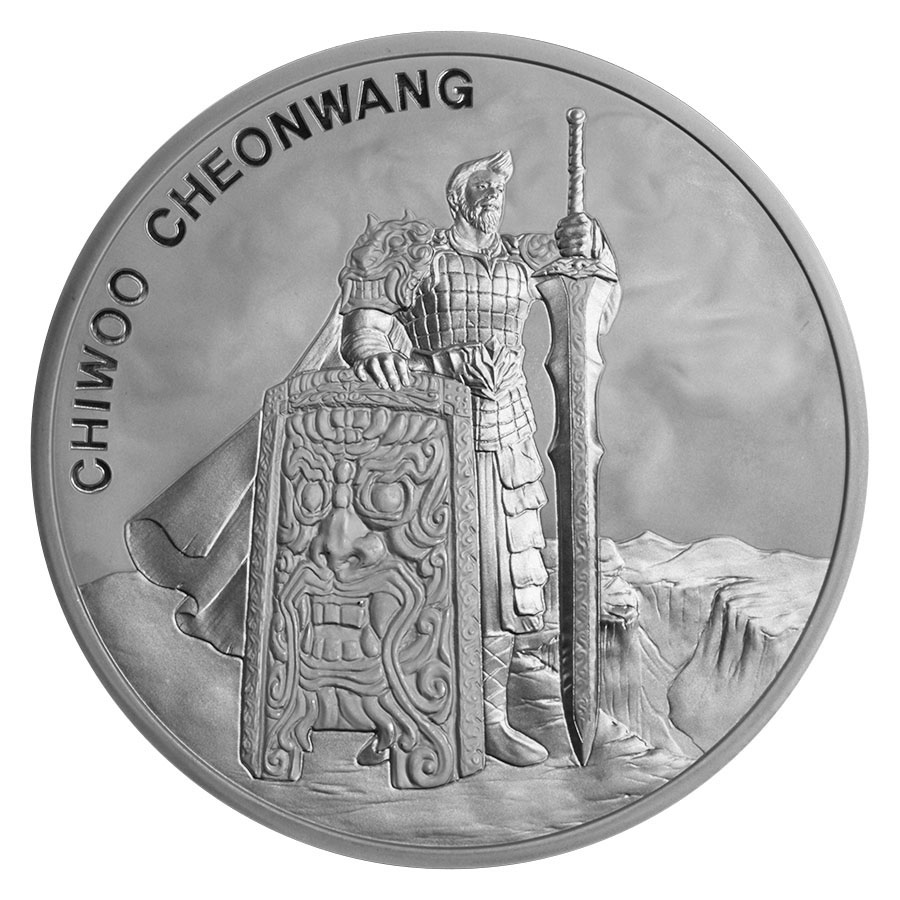 Important though real warriors are, mythical ones should not be forgotten. In 2016, South Korea began a new silver bullion and proof series with the release for the first ever Chiwoo Cheonwang. Chiyou, as he is also known, was reputed to be a tribal leader of an ancient Chinese tribe. He was reputed to control the weather by casting spells, a skill he used effectively in battle. Today, he is the mascot of the Republic of Korea’s soccer team. The 2018 edition shows him riding on horseback wielding his sword, which he is about to thrust through an enemy. This year’s release shows him surveying a battlefield from a mountaintop while balancing his sword and shield. The shield features Dokkaebi, a goblin that represents good fortune.

Golden State Mint is at it again, this time with the first release of their Warriors series, which features a design that comemorates some of history's most iconic warriors, the Spartans. A society that revolved around warfare and military prowess, the Spartan people were fearsome warriors and renowned for their conquests. Even the women received some physical training, an unheard of concept at the time. Struck in .9999 fine silver, the reverse features a dynamic action shot of a Spartan warrior jumping in mid-air, clutching a spear in one had, while clasping his arrow ladden spear in the other, bearing the symbol of the Spartan city state.

The recent efforts of mints to honor the place of warriors in history has proven extremely popular among collectors. Some feature well known figures and civilizations, while others provide more of a learning opportunity for collectors. As you grow your collection, consider giving a nod to the past and some of its most important people and legends by picking up one or more of these coins.