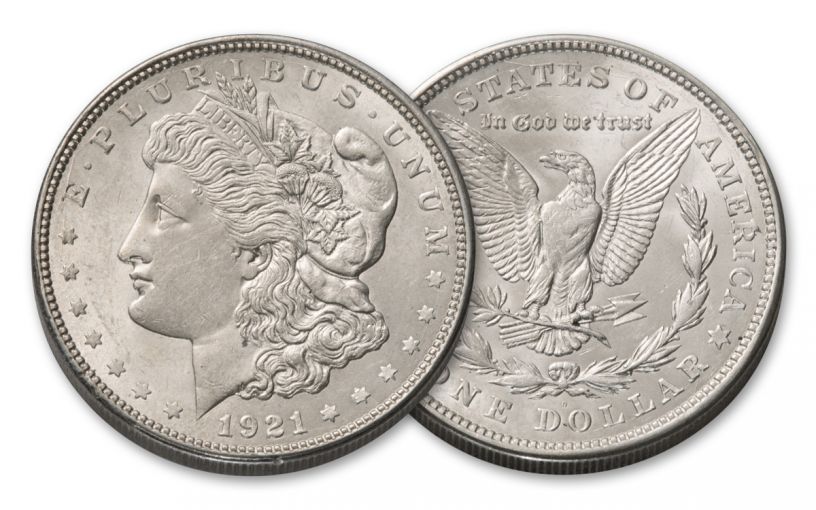 Availability: In Stock
This item will ship within 2 business days.
Item #
258212
Add to Wish List Add to Wish List Wishlist is for registered customers. Please login or create an account to continue. Add to Compare

1921 Morgan Silver Dollars keep getting harder to find. Not only do collectors hold on to them, they've been melted down for their high silver content for decades. During World War I alone, the Treasury melted down over 270 million Silver Dollars as a result of the 1918 Pittman Act. Congress agreed to the mass melting, but only on one condition - that more dollars be struck after the war ended. That is why the Morgan Dollar went into production in 1921. Already rare by standard definitions, the 1921 Morgan is the first, last and only year the Morgan Dollar was struck at the Denver Mint. It grades About Uncirculated (AU). This is a highly sought after coin for those who collect Morgan Dollars from all five mints. Don't pass up your chance to add this legend to your collection now!