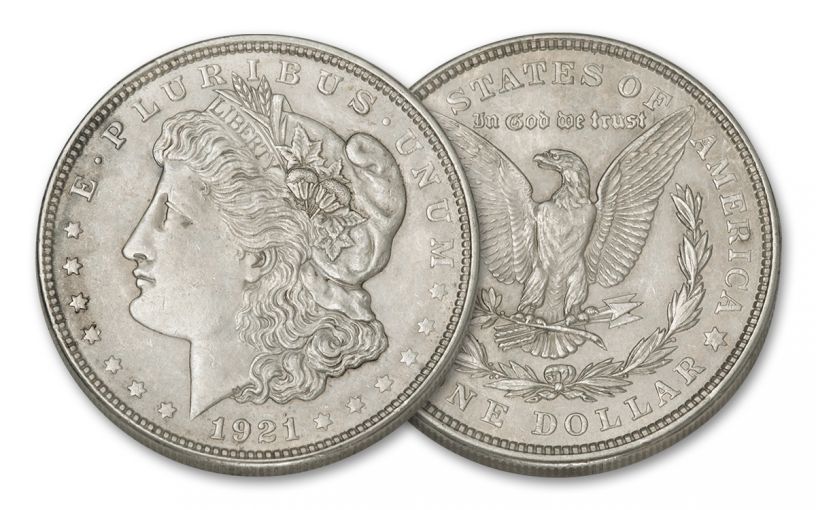 Availability: In Stock
This item will ship within 2 business days.
Item #
223507
Add to Wish List Add to Wish List Wishlist is for registered customers. Please login or create an account to continue. Add to Compare
Recommended Products
Product Description

The 1921 Morgan Silver Dollar is significant for three reasons. First, it’s the final date of the series, which was replaced by the Peace Silver Dollar the same year. Second, it’s the only Morgan date to have been struck at the Denver Mint. And third, this final-year coin turns 100 in 2021! These three factors have created a frenzy among collectors, as anniversaries like this one drive the collectible coin market. So, what are you waiting for? This is your chance to not only secure a last-year-of-issue Morgan Silver Dollar from the Philadelphia Mint, but you can get it graded in nice Extremely Fine (XF) condition, a grade that means these coins still boast full and sharp. Combine that with its place in history and you have a piece of America’s past you can’t afford to miss! Add it to your cart today!

Don’t miss your chance to secure an incredible last-year-of-issue coin with this 1921-P Morgan Silver Dollar. These historic coins are getting harder to find every year, so grab yours now!