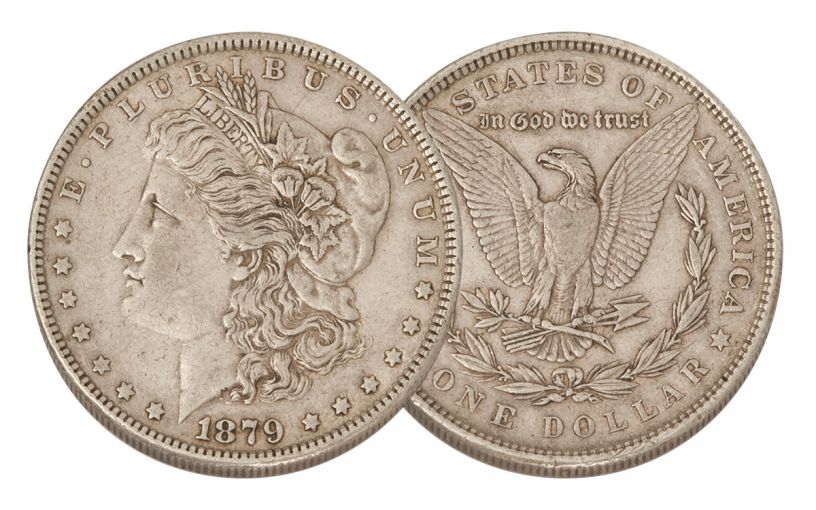 Availability: In Stock
This item will ship within 2 business days.
Item #
302529
Add to Wish List Add to Wish List Wishlist is for registered customers. Please login or create an account to continue. Add to Compare
Recommended Products
Product Description

This 1879 Morgan Silver Dollar was struck at the original U.S. Mint in Philadelphia. This is the second year Morgans were stuck at the "Mother Mint." Only coins dated 1878 were struck before it. It had a relatively high mintage compared to other dates (14.8 million), but the ravages of time have taken their toll and it can be hard to find today. Don't wait to add this hefty Morgan Silver Dollar to your collection.