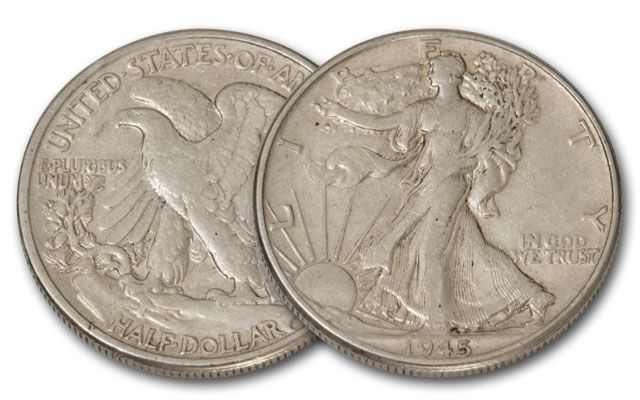 Availability: In Stock
This item will ship within 2 business days.
Item #
224001
Add to Wish List Add to Wish List Wishlist is for registered customers. Please login or create an account to continue. Add to Compare

Don't Let Miss Liberty Walk Away From Your Collection

Between 1916 and 1947, the U.S. Mint struck what many believe is the most beautiful silver half dollar ever released: the Walking Liberty Half Dollar. The coin features Miss Liberty draped in a U.S. flag, walking boldly into the sunrise. The design reflects America's rise to prominence on the world stage. Many millions were struck, and many millions were melted to get their silver. Today, these spectacular silver coins are difficult to locate in the high collector grade of Extremely Fine to About Uncirculated (XF/AU). After much searching, we're pleased to offer you these silver "Walkers". But, hurry! Our supplies are quickly walking out the door. Date varies between 1916–1947.