A Spotlight on the Perth Mint

For most of the 1800s, the Perth Mint was a small, sleepy town in western Australia. That changed near the turn of the century thanks to the discovery of gold at Kalgoorlie and Coolgardie. As mining exploded in the region, so too did Perth’s population. It rose from about 8,500 in 1881 to 61,000 in 1901. To respond to the increased demand, “Big John” Forrest lobbied for the opening of a new mint in Western Australia. He was chosen to lay the foundation stone for the mint in 1896. Three years later, the mint began its operations. 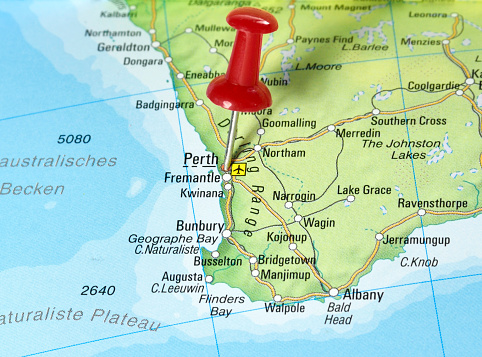 At the time that it opened, Australia was under British control, and the Perth Mint became the third branch of the British Royal Mint. Other mints operated in Sydney and Melbourne, but they have since closed. For decades, the mint focused exclusively on minting gold coins. From 1899-1931, it produced over 106 million gold sovereigns and over 700,000 half sovereigns for use throughout the British Empire. When Britain abandoned the gold standard in 1931, the Perth Mint abandoned the production of coins and turned its attention to gold.

Less than a decade later with World War II already underway in Europe, an urgent telegram from the Commonwealth Treasury in Canberra arrived. It said, “Heavy demand for Australian coin and Melbourne Mint working full capacity. Could you undertake minting copper coin?” Over the course of the following two decades, the mint produced hundreds of millions of pennies, half pennies, and, starting in 1966, 2 cent coins, along with 1.3 million shillings in a single order in 1946.

One of the highlights of the mint’s history came in 1957 when it produced what is still widely considered the purest gold ever refined. The plate was almost six-nine fine, meaning 999.999 parts per thousand were gold. The measurement was taken by London’s Worshipful Company of Goldsmiths, and the Royal Mint ordered some that would become its new benchmark. The Perth Mint also struck the to date, largest gold coin in existance, a gold kangaroo weighing in at one tonne of .9999 pure gold. 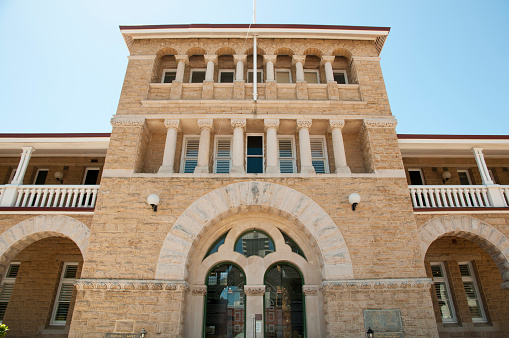 In 1970, ownership of the mint transferred to the Government of Western Australia from British jurisdiction. This gave the mint the opportunity to maximize its potential at the beginning of a new gold boom. Seventeen years later, a State Act of Parliament created Gold Corporation, and the new mint was given the chance to produce gold, silver, and platinum coins for legal tender and investors.

To say that the Perth Mint has exceeded the expectations set forth in that mandate is a gross understatement. Each year, collectors anticipate the release of the mint’s collectable and bullion coins alike. The grandfather among its series, the Australian Nugget, is a giant in the precious metals world, and its Silver Kookaburra and Koala series, which both feature new designs every year, are ‘must haves’ for thousands of collectors around the world. With a relative dearth of platinum issues available, the mint’s Platypus series is a favorite among those who collect the other white metal.

The mint’s lunar series uniquely bridges the gap between bullion and collector coins. The series is issued in both gold and silver with unique designs with each new lunar year. It includes both bullion and proof issues, but also expands into colorized and gilt issues. In fact, the series even offers colorized gold coins, where are seldom available from other mints. The most popular edition in the series came in 2012, when the mint released nine colorized Year of the Dragon silver coins. Some collectors who failed to acquire all ten when they were first released continue to try to complete their sets today.

Although the Perth Mint is best known for the series above, it also offers an extensive range of products that touch on a variety of themes. The mint often produces TV and film-themed coins, and fans of science fiction have been especially pleased with some of their issues in recent years. Perth has produced several Star Wars and Star Trek themed pieces both in proof and in color. Some of the Star Trek pieces have been shaped, while Star Wars coins have been both round and rectangular. These pieces vividly recreate some of their greatest characters and scenes.

While collectors of all stripes love the mint for one or more reasons, it has a special niche with those who want to share their favorite hobby with their children. Perth Mint frequently issues coins that celebrate cartoon characters, with both Disney and Warner Bros. issues coming out in recent years. The Mickey Through the Ages series celebrated Mickey Mouse’s many roles in the company’s films, while the Disney Princess series captured the imaginations of girls young and old. Looney Tunes characters have also gotten their due, with both coins and stamps bearing the images of the likes of Bugs Bunny and Australia’s own Tasmanian Devil coming from Western Australia.

The mint’s collector coins align the mint with popular culture, but those looking for more serious themes also have plenty of options. In particular, the mint honors the country’s military and military history generally. 2018 was a particularly poignant year for that with the commemoration of the hundredth anniversary of the end of World War I. The mint issued gold and silver coins with a dove carrying a colorized poppy against a background of the word “PEACE” inscribed in several language. That same year, it also issued a Warfare collection, which honored some of history’s fiercest forces.

All told, the Perth Mint strikes about $18 billion AUD ($12.5 billion USD) worth of gold, silver, and platinum coins and bars every year. The mint’s exceptional standards for design, purity, and production have earned the facility its place among – some may even say at – the top of the list of the world’s greatest mints. Any collection of modern coins should have at least a few pieces from this iconic source.