How Big is the Counterfeiting Problem? 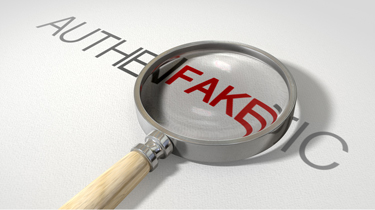 The issue of counterfeit coins has been around for a very long time.

For years, the numismatic industry has dealt effectively with the problem of counterfeit rare coins. Just to be clear, the issue of counterfeit coins has been around for a very long time. You can read numismatic journals from the 19th century and realize that collectors were dealing with the problem even then. One interesting case involved the extremely rare 1822 Half Eagle. An example was offered in the 1873 sale of the famous Parmelee Collection. The coin was sold and later returned after it was determined that the date had been altered. Several examples of the rare 1804 Bust Dollar that turned up in the late 1800s were also determined to be counterfeits. As long as collectors have been willing to pay a premium for rare coins, there have been unscrupulous individuals trying to take advantage of the unknowing. 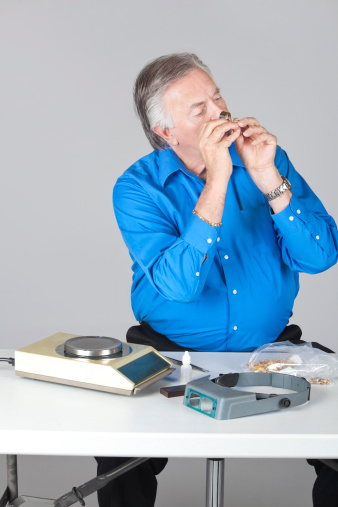 In the late 1970’s I was working for a large coin company in the Tampa Bay area. My primary job was to buy rare coins. I would travel to local shows, coin shops and just about anywhere coins could be found. This was a great experience for me and my knowledge of rare coins grew quickly from having the opportunity to handle so many coins. One day, my boss asked me to make a buying road trip through several southern states. This was very exciting to me and I was on my way. I traveled with a friend stopping at every coin shop we could find in Tennessee, Georgia, South Carolina and Florida. I probably spent around $20,000 in two weeks. I was very proud of my new purchases and could not wait to show my boss how smart I was. I can still remember the shock and disappointment of finding out that most of the United States gold coins that had been purchased were counterfeit. Nearly all had been paid for in cash and returning them was not an option. It is often said that “hard learned” lessons are the best. In my case this was very true. I became determined to become an expert on counterfeit gold coins. In the 1970’s and 1980’s, counterfeit gold coins were very common. It was said that many of the coins originated in Lebanon. How anyone knew this is beyond me, but these coins still show up in coin shops around the country when an estate is brought in for appraisal. But now, most experienced dealers can determine if these coins are genuine or not.

Other than large quantities of counterfeit gold coins that were circulating in the 1970’s, the biggest issue for most collectors has been encountering altered dates and mintmarks. These coins can be very deceptive as the workmanship on some of the coins is astounding. Thousands of fake 1932–D and 1932–S Quarters, 1916–D Dimes and 1909–S VDB Cents have been created over the years. Luckily, collectors do not have to rely on their eyesight to safely buy one of these coins. Third-party certification has virtually eliminated the risk of buying these coins. NGC knows all of the tell–tale signs for these counterfeits and has the proper equipment to determine if a coin is genuine. When people bring collections to my shop with any key date coins, they are told that the coins will need to be certified before I can make an offer. I explain to them that the coin must be certified before it is offered in the resale market, and that I will be able to make a much higher offer once certified by NGC. This usually does the trick and off they go. The above paragraphs deal with the counterfeit rare coins that have been lingering about the rare coin market for years. Now let us address the newest threat to numismatics: Chinese counterfeits. For years, these coins have trickled into the United States marketplace. Some were brought back by tourists visiting the Far East, and others showed up randomly at flea markets. Recently, this trickle has become a flood and created a real problem for the industry. Every week, someone calls our offices with an accumulation of Chinese counterfeit coins. Silver Dollars seem to be a favorite for the counterfeiters. This is probably because many naïve buyers know that the coins they are buying might not be real, but that at least the coins are made of silver and have some intrinsic value. Big mistake! These coins are often made from some sort of base metal and have virtually no value. I have seen this scenario play out dozens of times in my office alone. It probably occurs around the country many times every day. People who should know better are lured into thinking they have found a bargain. Luckily, the vast majority of the Chinese counterfeits are somewhat crude and easily spotted by anyone with the most basic numismatic knowledge.

The proliferation of Chinese counterfeits can be attributed to several factors and developments. The Internet has made the distribution of these coins much easier than in the past. Until recently, eBay was a prime source and pipeline for the coins entering the country. Many of the larger counterfeit operations in China actually operated websites with dozens of issues for sale. The coins were shown with the word “COPY” stamped on each coin. When the coins were delivered, however, they lacked this required stamp. eBay has changed their rules and now do not permit any copies or counterfeits to be listed. This has been a tremendous help, and eBay is to be complimented on making these changes to protect the hobby.

I wish I could report that the changes eBay instituted has eliminated counterfeits in the marketplace. Unfortunately, this is not true. In addition to the above mentioned counterfeits, which are somewhat crude, there have been some well-made copies seen in recent years. These are substantially superior than the mass produced Morgan Silver Dollars normally encountered. Many are of scarce or rare dates and the quality of workmanship is extraordinary. The coins become even more dangerous when mixed with genuine coins and sold or offered under less than suspicious circumstances. The Chinese counterfeiters have begun placing the coins in fake holders. The most commonly seen fakes are Silver Dollars. The counterfeiters seem to prefer PCGS holders. I was recently offered a PCGS MS 63 1893–S Silver Dollar by an Atlanta dealer. After much discussion, an offer was made for the coin. Unfortunately, the deal never materialized, as it was determined by the Atlanta dealer that the coin was a counterfeit. These fake Silver Dollars seem to be the biggest counterfeit problem facing numismatics at the moment. I know a few dealers that have been trapped by these devious fakes.

Let me summarize the most common types of counterfeits a collector or dealer might encounter:

Usually seen when an old collection from the 1960’s or 1970’s is sold. Most of these are made of gold, but the metal content is uncertain.

These are very common on 1909–S VDB Cents and 1916–D Dimes. Any uncertified coin should be suspect. Other frequently seen issues include 1932–D and S Washington Quarters, and 1914–D Cents.

In the past, many Colonial and Territorial issues were struck as copies. Common issues include Continental Dollars and Blake and Company Double Eagles. Some have the word COPY stamped on the coins, but others do not. Most are of very poor quality and should not cause trouble for anyone with even modest experience.

These have been a rampant problem and caution should be used when buying any uncertified coin. If the circumstances seem unusual (the coin is way too cheap), have the certification verified. NGC has a great tool for this on their website.

Sometimes, crafty individuals will choose an extreme rarity and attempt to commit fraud by counterfeiting the coin. A few months ago, a non-numismatic auction house in Atlanta announced the discovery of a previously unknown 1870-S Three Dollar Gold. The coin was accompanied by original documents from the era. The coin was quickly panned by experts as a fake and was withdrawn from the auction sale. I have seen examples of the very rare 1927–D Double Eagle offered that turned out to be fake as well. Probably the most faked rare coin of all time is the 1943 Copper Cent. I have seen dozens of these over the years!

How do you protect yourself from buying a counterfeit? 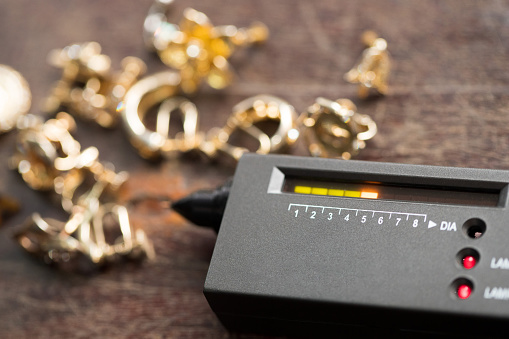 The best advice that I give clients and collectors is to never buy a coin that cannot be returned. No matter how temping the bargain, it is probably a trap! Buying only coins certified by NGC is great protection, but knowing that you can return something if there is a problem is your safest move. Most expert rare coin dealers do not have much trouble with counterfeits because of years of experience -- use their knowledge to your advantage.

Recently, the Secret Service has become much more active in looking at the coin counterfeiting problem. Last year, they contacted me about ideas on how to attack the situation. They have many experts on counterfeit currency, but limited knowledge with coins. They’ve known of the problem for years, but were not diligent enough in dealing with it. The Secret Service has made several arrests in recent months and their efforts were at least partially responsible for the eBay changes. The government knows they cannot arrest everyone in China or even the shady individuals in the United States selling them. They can, however, make high profile arrests and attempt to punish those involved to the fullest extent of the law. At least in the future, the bad guys know there might be serious consequences for their actions.

In general, the counterfeit coin problem is real and a danger to our hobby. Collectors can and should protect themselves by dealing with reputable dealers. NGC spends a tremendous amount of effort staying on top of the problem as well. Best advice: Buy NGC coins from someone you trust!