How is Value Determined in Numismatics? 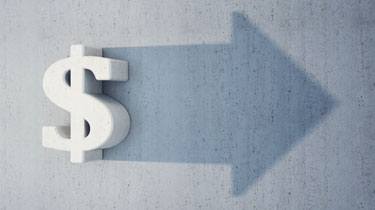 The historical aspect of collecting rare coins fascinates many people. For example, a silver dollar from Carson City might have been spent by in a saloon by a famous gunfighter. It is the historical possibilities like these that attract people of all ages to Numismatics.

In spite of the fascination with a coin’s past, the most important element, however, is value. One of the main reasons I wrote the 100 Greatest US Coins, was the result of attending numerous cocktail parties, at which people would ask, “What is the most expensive coin in the world?” When I answered that a coin had sold for over seven million dollars at auction, most are people astounded. The common reply is, “How can a coin be worth so much?”

Many factors help determine the value of a numismatic collectible. One of the most common misconceptions is that age plays a large role when determining value. The age of a coin actually has very little to do with a coins value. Thousands of ancient Roman coins have been found over the years. In fact, a well-worn, copper coin struck by Constantine the Great can be purchased for around $30. There are plenty of expensive Greek and Roman issues, but the value of these items has almost nothing to do with the coin’s age.

For coins of this era, rarity, condition, and style of the artwork involved in the production of the piece are driving forces when determining value. One of my personal numismatic favorites of all time is the Syracuse Decadrachm, a large silver Greek coin with magnificent die cutting and superb artistic merits. Choice examples have sold for over $100,000.

In contrast to the relative modest value of coins over two thousand years old, a modern State Quarter struck in superb condition might bring thousands of dollars. This is probably the biggest surprise to most that are new to numismatics. Condition is one of the most important elements when determining a coin’s value. This cannot be emphasized enough! A common date Morgan Silver Dollar is only worth around $25 in average, circulated condition. However, a Gem example of the same date and mintmark might fetch $2,000.

What really surprises even advanced collectors is the jump in value of coins that are nearly identical in appearance. An MS64 1925-D Double Eagle is worth around $25,000.  An MS65 example might sell for over $100,000. The difference in appearance of these two coins is slight, but critical.  This is one of the reasons that third party grading has become so important to numismatics.  Both Numismatic Guaranty Corporation (NGC) and Professional Coin Grading Service (PCGS) guarantee the grades of coins in their holders.

Numismatics is also subject to one of the most basic tenants of capitalism—supply and demand.

A beautiful 18th century coin from a rare mint in Central America might sell for around $50, yet finding another could take decades. There are usually 10-20 1895 Morgan Silver Dollars on the market at all times. Most are offered for $40,000 and up. How can this be? The demand for nice Morgan Silver Dollars is far greater than for any coin produced in Central or South America. I would estimate that tens of thousands of individuals collect Morgan Silver Dollars. This is also the basic reason United States coinage brings a healthy premium over the rare coins of any country.

Understanding the fundamentals of supply and demand can be very important.  Sometimes demand can create incredible price bubbles. Today’s must-have collectible can be tomorrow’s garage-sale item. Remember beanie babies and modern baseball cards? Both experienced exploding prices followed by crashes in value. Coin collecting in the United States has been well established for over 150 years. It is estimated that millions of Americans collect coins in some form. The demand for rare coins seems very secure in the future.

Finally, one of the factors that determine a coin’s value, and a personal favorite, is the story attached to the item. That’s one of the reasons my book, 100 Greatest US Coins has become so popular. How can a coin bring over $7,000,000? Well, there’s a great story behind it…

In 1933, gold became illegal to own but thousands of 1933 Double Eagles had already been struck. Consequently, none of these coins were permitted to leave the U.S. Mint. A decade later, several showed up at auction and were confiscated. Authorities promptly sent them to the melting pots and it was made known that any 1933 Double Eagle was illegal to own and subject to confiscation.

Fast forward to 1998. A 1933 Double Eagle shows up in Europe and later trades hands in an underground transaction in a New York City hotel room. Unfortunately the buyer was an undercover government agent. Arrests, lawsuits, numerous books, and a flurry of publicity ensues. After meticulous research it is determined the Double Eagle once belonged to King Farouk of Egypt, who had purchased the coin with proper government documentation. The coin is declared the only 1933 Double Eagle legal to own and sells for over $7,000,000 at auction.

A few years ago, however, the safety deposit box of a Philadelphia jeweler was opened upon his death. The contents of the box included 10 examples of the famous 1933 Double Eagle. The government confiscates all ten coins and more lawsuits are filed. To this day, the case remains unresolved. As you can see the 1933 Double Eagle has one of the best numismatic stories of all time and the final chapter has not been written!