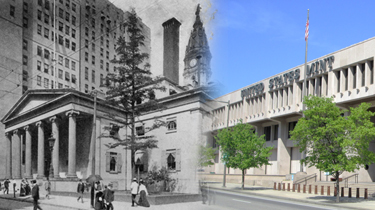 The Philadelphia Mint is known as the “Mother Mint” because all dies for branch Mints are prepared there. It is also unique because with a few exceptions, Mint marks are excluded from coinage struck there. That’s because when the Mint first began striking coins, it was the only U.S. Mint and there was no need to provide a distinguishing mark to differentiate coins made there. When branch Mints were opened, they were given identifying marks or letters that served to denote their place of origin.

Even as the Colonial leaders were fighting for their independence from Great Britain, they realized that their new country would need a respected monetary system. So when the Constitution was written, it stated that “The Congress of the U.S. shall have the power to coin money.” On April 2, 1792, Congress created the U.S. Mint and authorized the construction of a Mint building in the nation’s capital, then located in Philadelphia. Not only was the Philadelphia Mint the first U.S. Mint, it was also the first federal building erected under the Constitution. The Mint was completed in the fall of 1792. Under the first Mint Director, David Rittenhouse, the Mint produced its first circulating coins — 11,178 copper cents, in March of 1793. In the following two years, the Mint began issuing gold and silver coins as well. That the framers of our Constitution wanted the Mint to succeed is evidenced in the fact that George Washington donated his household silver to strike the first silver coins.

The Long Road to Coinage

Prior to the establishment of the Philadelphia Mint, a wide variety of foreign coinage circulated in the U.S., including coins from France, Portugal, Spain, England, Mexico, Holland, Peru and elsewhere. In fact, Spanish dollars remained legal tender in the U.S. until 1857. Not only were there a lot of circulating foreign coins, but the exchange rate varied from state to state. In addition, people were accustomed to using coins issued by their own state banks. The suggestion of a single federal Mint producing uniform coinage was disturbing to some who feared it seemed too much like the British system that they had just rebelled against. A coalition championed by Alexander Hamilton prevailed, and the result was not only a U.S. Mint, but also the First Bank of the U.S. That’s why the motto “E Pluribus Unum” is found on all U.S. coinage. It means “out of many, one,” indicating that the U.S. is a united confederacy comprising several states, each with its own laws.

The Mint Act of April 2, 1792 not only established the first U.S. Mint, it was also a landmark in coin legislation. It provided for a system of weights and measures related to gold, silver and copper coinage. While it established the U.S. Mint in Philadelphia, it didn’t necessarily direct that it should remain there. In fact, as the new capital city of Washington, D.C. was being built along the banks of the Potomac River, it was expected that the Mint would move there. Though the new capital city was completed by 1800, the government did not have the money to replace what was already an efficient operation. An Act of Congress in 1828 ensured that the Mint would permanently remain in Philadelphia. 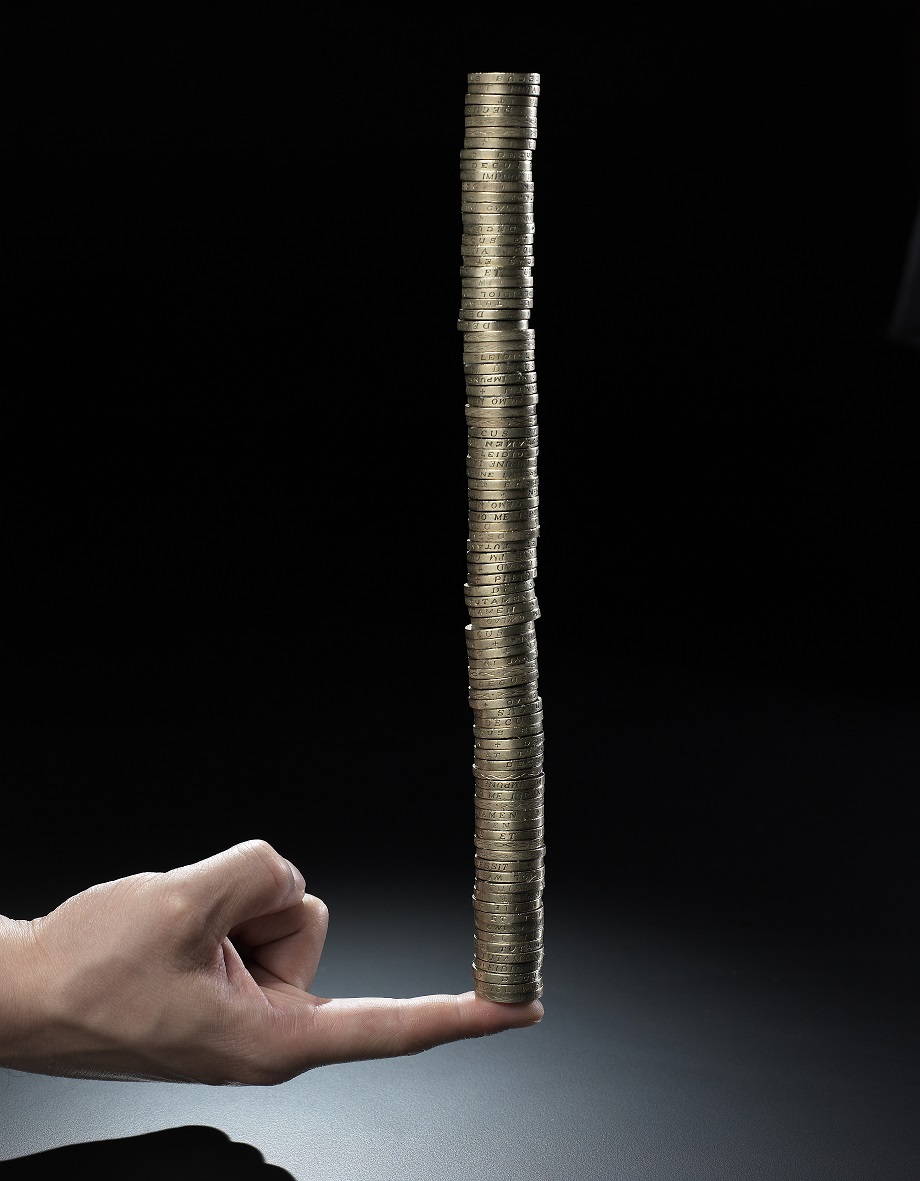 The process by which the Mint produces coins has made great strides since the first coins were struck. The first Philadelphia Mint used harnessed horses to drive the crude machinery that produced our coinage. The manual process required heating of metals in a blacksmith-like furnace and flattening them into sheets by repeated trips through rollers. Coin shapes were then punched out of the metal sheets and these were hand fed into machines that stamped on coin faces and cut reeded edges. Coin designs were also regulated by the Mint Act. The Act mandated that all coins show an impression representing Liberty on one side with an inscription of the word “Liberty” and the year of coinage. The reverse of each coin was to depict the American Eagle with the inscription, “United States of America.” While many changes in coin designs have been made over the years, this basic design scheme still remains the same to this day.

By the late 1820s, the original Mint lacked the space and capacity to keep up with the demand for coinage. A new Mint was designed and finished in 1833. By the end of the century, however, another new Mint was needed. The third Mint, built in 1901, featured a lobby with vaulted ceilings which were bejeweled with seven Tiffany mosaics. The mosaics depicted ancient Roman methods of coinage. When the fourth and present Mint was erected in 1969, two of the mosaics were relocated to the new building. Today, the Philadelphia Mint is the largest Mint in the world. It has evolved from its early days when one, lone night watchman armed with a sword, pistol and watchdog was responsible for security, to a high-security complex that uses X-rays, plate-glass windows, video cameras and a small army of security guards.

The Mint also produces much more coinage. During a typical day, for example, the Mint produces 30 million coins worth about $1 million. The Philadelphia Mint also produces Congressional gold medals given to presidents, military leaders and famous Americans. It also produced military decorations for the nation’s armed forces, including the Silver Star, Bronze Star, Purple Heart and the Navy Cross.

Beginning in 1898, when the U.S. expanded its influence abroad following its victory in the Spanish-American War, it began production of coins for foreign countries such as Mexico, Panama, Peru and the Philippines. Located just two blocks away from its original site, the Philadelphia Mint has the capacity to produce 1.8 million coins an hour, 32 million coins per day and 13.5 billion coins every year. Without a doubt, the Philadelphia Mint is one of the world’s truly great institutions.